POLRET gathers researchers interested in Swedish political rhetoric, combining historical and contemporary perspectives. The participating scholars represent a wide array of interests and theoretical approaches. The strand of research represented by POLRET has a long tradition at the department, manifested for instance in the extensive research project “The worker’s movement and language” in the 1990s. Research has also addressed previous eras, such as the political-rhetorical culture of the 17th and 18th centuries. POLRET arranges seminars and lectures and the participants collaborate in common projects. Presently, a series of thematically orientated anthologies on Swedish political rhetoric are in preparation. 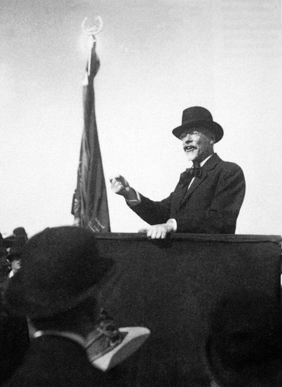