Textual criticism has often a dual mission – one is to study the changes in the transmission of text from the author’s draft to various printed editions, the other to create scholarly editions. Perspectives from Book History and Reception Theory are often brought into play. A number of scholars at the department have contributed with editions of works by Swedish authors like C.J.L. Almqvist, Fredrika Bremer, August Strindberg and Selma Lagerlöf.
The recent international development within the theory of textual criticism made a strong impact in Sweden from the early 1990’s. Uppsala led the way with a great number of articles, editions, editorial projects and postgraduate courses.

The interest in Sociology of Texts is evident in the edition of C.J.L. Almqvists Samlade Verk, which is strongly linked to the Department of Literature in Uppsala. The project broke new ground with its strong stress on digitalized publication.

Scholars in Uppsala are heavily involved in Nordiskt nätverk för editionsfilologer, in Selma Lagerlöf-arkivet, in the edition of August Strindbergs Samlade Verk, in Litteraturbanken, Svenska Litteratursällskapet and in Svenska Vitterhetssamfundet. In the scholarly series published by Svenska Vitterhetssamfundet our scholars have contributed with a number of editions of Swedish literature from the 17th and 18th centuries, and with editions of novels by important women writers of the 19th century. 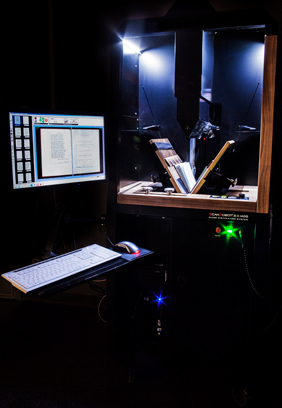 Please see the personal homepages of our individual researchers.